Grants were made to organizations working closely and primarily with BIPOC (Black and Indigenous people and People of Color), immigrant, and refugee communities. 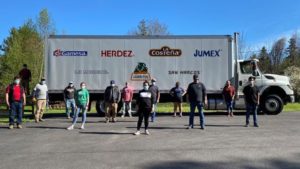 Good Shepherd Food Bank is pleased to announce the recipients of its Community Redistribution Fund grant awards. The purpose of the fund is to support grantees’ efforts to source and distribute culturally-specific and relevant foods to community members in need during the COVID-19 pandemic. The grants are intended for organizations working closely and primarily with BIPOC (Black and Indigenous people and People of Color), immigrant and refugee communities.

A central tenant of the grant-making process was to shift power and decision-making away from the Food Bank to community members, and to prioritize efforts led by and primarily serving BIPOC. 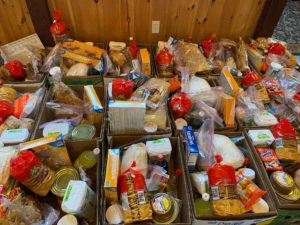 “The long-term goal of the Community Redistribution Fund is to transfer decision-making power to the grantees using a community-led grant-making model,” Kristen Miale, president of Good Shepherd Food Bank added. “We are grateful to Mufalo Chitam, executive director of the Maine Immigrants’ Resource Center, and Fatuma Hussein, founder and executive director of United Somali Women of Maine, who led the selection committee through the decision-making process.”

In Her Presence, Cumberland County

Good Shepherd Food Bank’s Community Redistribution Fund is committed to the redistribution of power and transparent processes from start to finish, centering the experiences of the grantees and their communities as we move forward.

Grant awards of up to $10,000 were available and priority was given to community-led organizations that are not currently Good Shepherd Food Bank partners, and those led by and primarily serving people of color. The deadline for submissions was Thursday, May 14, 2020. Use of grant funds could include, but was not limited to, the purchase of food for direct distribution or meal preparation; gift cards/credits to culturally-specific markets; food sovereignty projects; transportation; storage; and distribution costs. Up to 10% of the grant funds may be used for general operating expenses.