Eliminating Hunger in Maine for 35 Years

The story of Good Shepherd Food Bank is one of small beginnings but also one of consistent and impressive growth. In 1981, JoAnn and Ray Pike noticed the amount of food being wasted locally and soon after saw a newspaper article about a food bank in Kansas City.

The Pikes shared the information they had received from the Harvesters Food Bank in Kansas City about soliciting food from the food industry and sharing it with those in need during a small home prayer group. Many in the group saw a need to create a food bank in Maine.

Initial funding for Good Shepherd Food Bank came from a walk-a-thon held on April 12th, 1981 (Palm Sunday), which raised $6,000. The first Food Bank facility was located in an apartment and garage of the Pike’s home. The operation remained there for only eight months because the quantity of donated food soon outgrew the facility. The organization then moved from the Pike’s home to a 3,000 square feet space in the old Continental Mill in Lewiston.

Seeing a need to expand their capacity to serve those in need, the Pikes contacted Maine’s food industry. They explained the tax benefits of contributing products to a food bank and the value of collecting products at a central distribution point. Major companies trusted the growing organization enough to give it a chance to fulfill its promise of reaching Mainers in need. The first food donors included Burnham & Morrell (BM Beans) and Snow’s Clam Chowder.

The organization’s big breakthrough with the food industry came in 1983 when Hannaford Supermarkets studied the process of retail companies contributing products to major food banks and decided to contribute its products to Good Shepherd Food Bank to be distributed to nonprofit agencies fighting hunger. Hannaford established a reclamation center to facilitate contributing products from the entire service area of Hannaford Supermarkets.

The addition of Walmart Superstores, Shaw’s Supermarkets, Barber Foods Co., Lepage Bakeries, SureWinner Foods, and many smaller companies as food donors ensured a steady supply of highly nutritious foods for Mainers who are in greatest need of assistance. 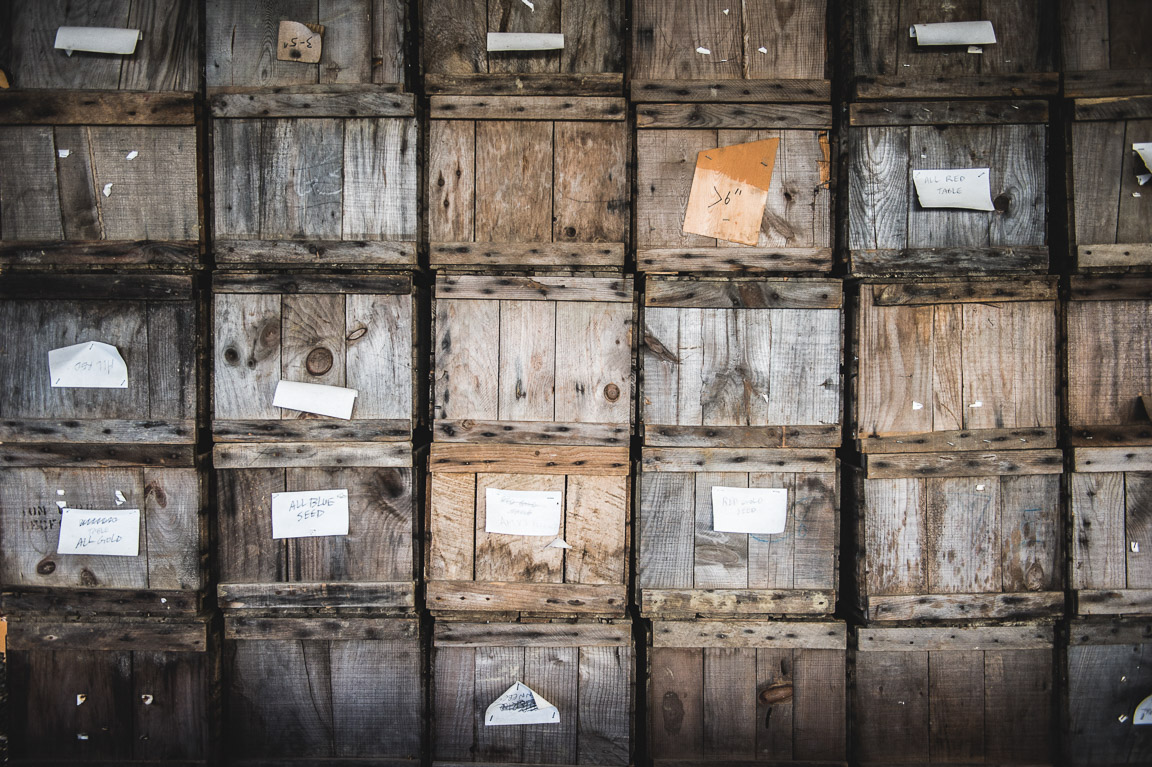 Food distribution to those in need is accomplished with the collaborative efforts of other nonprofit agencies. In 1981, the Pikes contacted local churches and a few emergency food programs in Lewiston/Auburn and the surrounding area. As the quantities of donated food increased, they reached further, adding partner agencies in the Portland and Augusta regions. Today the Food Bank partners with nearly 600 hunger-relief organizations located throughout Maine. 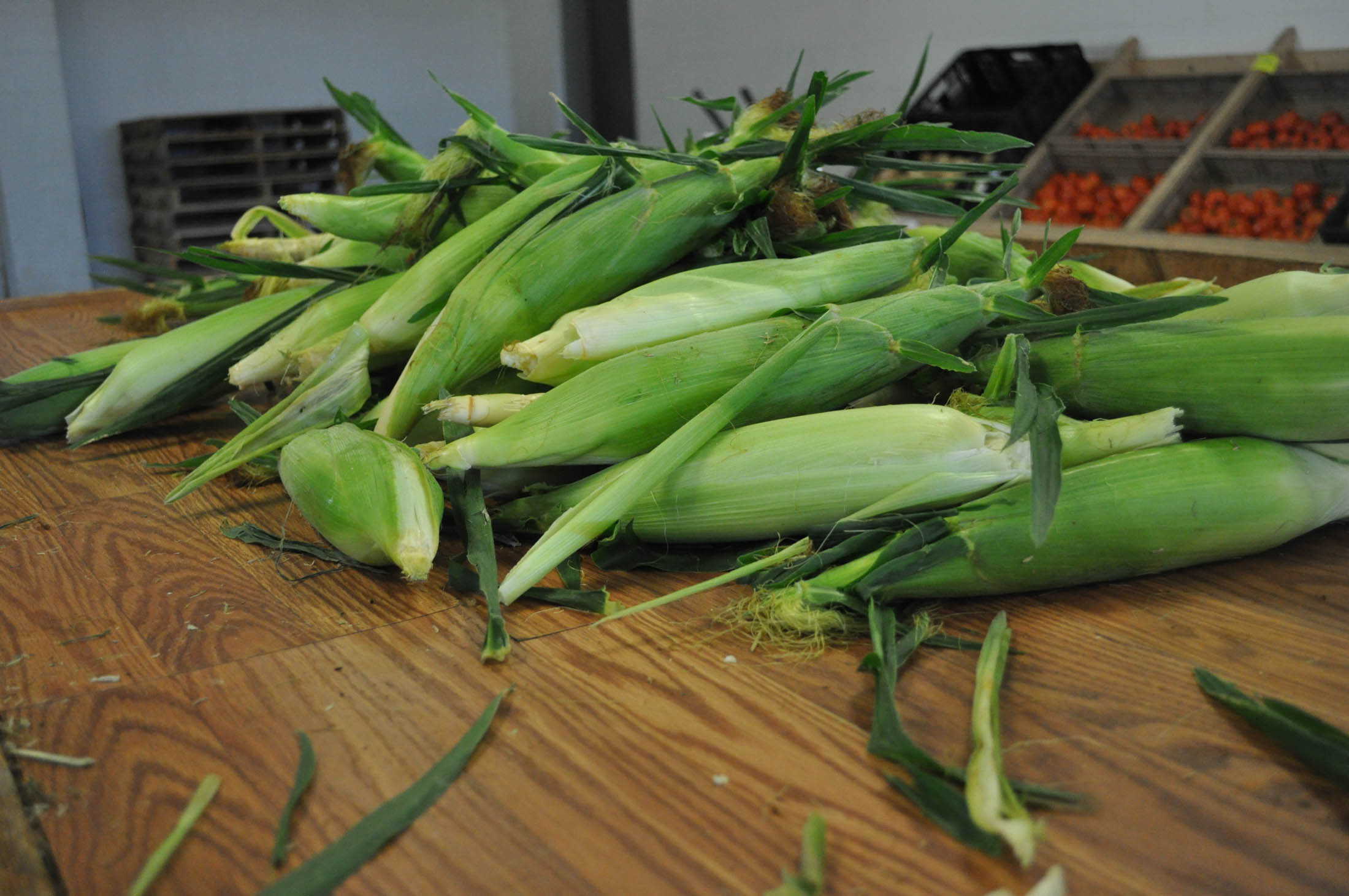 When the Food Bank moved from the Pike’s home to the Continental Mill location, space increased to 7,000 square feet, 14,000 square feet, and 21,000 square feet in subsequent expansions. Yet this space was still inadequate and inappropriate for food storage. After an extensive search, in 1987, the Food Bank relocated to a 30,000-square-foot space in a former food warehouse on Lisbon Street in Lewiston. Several years later, 10,000 square feet were added to handle all the food. Renovations were done, and a freezer and walk-in coolers were constructed.

By 1998, the Board considered purchasing the building at 415 Lisbon Street due to a need for increased capacity. When inspections of the space confirmed that a section of the building was unsafe, the Board decided to abandon this site and construct a new warehouse. In July 2001, Good Shepherd Food Bank had the great privilege of moving into a newly built distribution center explicitly designed for its operations. The facility has 53,000 square feet of usable space, with a height of 34 feet to accommodate larger quantities of food. In 2015, the Food Bank completed a cold storage expansion project. The coolers can now hold 22 tractor-trailer loads of produce and dairy, while the freezer can accommodate 16 tractor-trailer loads of meat and other frozen products.

Good Shepherd Food Bank purchased the building in December 2015. Planning started right away in 2016, but the construction for the project began in 2018.

The project repurposed a long-vacant and unproductive building into a modern, state-of-the-art food distribution and community center. Having this location improves the timeliness and efficiency of providing nutritious foods to meet Mainers’ needs. One of the most significant obstacles to meeting the Food Bank’s long-term goals was the Auburn-based distribution center’s limited capacity and cold storage. Even during non-growing seasons, the Food Bank can distribute healthy produce for longer periods because of the new freezer and cold storage units.

The increased capacity then allows Good Shepherd to invest more into Maine’s agricultural economy to help supply Mainers with the nutritious, fresh foods they need to thrive.

Not only does the building have a mass amount of storage space for goods, but it was also built with the broader community in mind. The second and third floors feature meeting and pre-function space, breakout rooms, and prep kitchen areas. The Onion Room has a seating capacity of 32, the Tradewinds Markets Room seats 10, and the Freeman Ellis Family Room seats 14. Each room features smart televisions and power integrated into all the tables. Good Shepherd Food Bank envisioned these rooms as a hub for the nonprofit and business community at large.

This facility is fundamental to achieving our bold goal: By 2025, all Mainers struggling with hunger will have access to the nutritious food they need to thrive when and where they need it. Good Shepherd Food Bank knows that they need to provide an additional 8.5 million meals annually to meet the goal. This is on top of the 25 million meals the Food Bank already provides each year; the Hampden location is instrumental. This project was completed under a $5 million Food For All capital campaign, which exceeded the target donation amount and was funded by more than 900 donors.

On September 26, 2019, Good Shepherd Food Bank hosted the grand opening of our new food distribution center in Hampden. The event marked the completion of a $5 million capital campaign, Food For All, that funded renovations of the former Bangor Daily News printing plant. More than 900 donors contributed to the campaign with gifts as small as one dollar and up to one million dollars. At the opening, the Food Bank announced the building’s dedication to its longtime partner, Hannaford Supermarkets, naming it the Hannaford Center.

Multiple Locations to Serve All of Maine

In the past, agencies located several hours away from the Food Bank headquarters in Auburn routinely complained that the distance was a major obstacle to their ability to obtain adequate quantities of food. The organization addressed this problem and its responsibility to serve the entire state of Maine by establishing a distribution warehouse in Brewer in 2001. As the need for hunger relief services increased over the years, the organization determined it was necessary to increase its capacity in this region. In 2015, Good Shepherd Food Bank purchased a 40,000-square-foot building in Hampden, which now houses the organization’s North and East operations.