Meeting the Need Where You Least Expect It

Located within a forty-minute drive of Portland and less than two hours from Boston, Kennebunkport is one of the wealthiest towns in Maine. From the multi-million dollar homes along Ocean Avenue to the parade of luxury cars rolling through Dock Square, affluence is everywhere you look and one of the most picturesque places to take it all in is the historic Colony Hotel. Perched on a hillside just above its own private beach, The Colony Hotel overlooks the entire York County coastline. Standing on the back porch with General Manager John Martin and gazing out at the majestic view from Kennebunk Beach to Ogunquit, it’s almost impossible to imagine anyone going hungry here. Incredibly, that’s exactly the case for one out of every eight York County residents. Forty years ago, John Martin was one of those food insecure people.

“I literally grew up in this hotel,” John says as we sit in the beautiful oceanfront dining room. John points to a wing of the hotel through the wall of windows and says with a smile, “My mom’s water broke in that room over there.” Both of John’s parents worked at The Colony Hotel and when they divorced, John’s mother continued to work there as a caretaker in addition to her full-time job as a schoolteacher. Despite her two jobs and the plentiful food her family enjoyed during the summer months at the hotel, fall and winter were a different 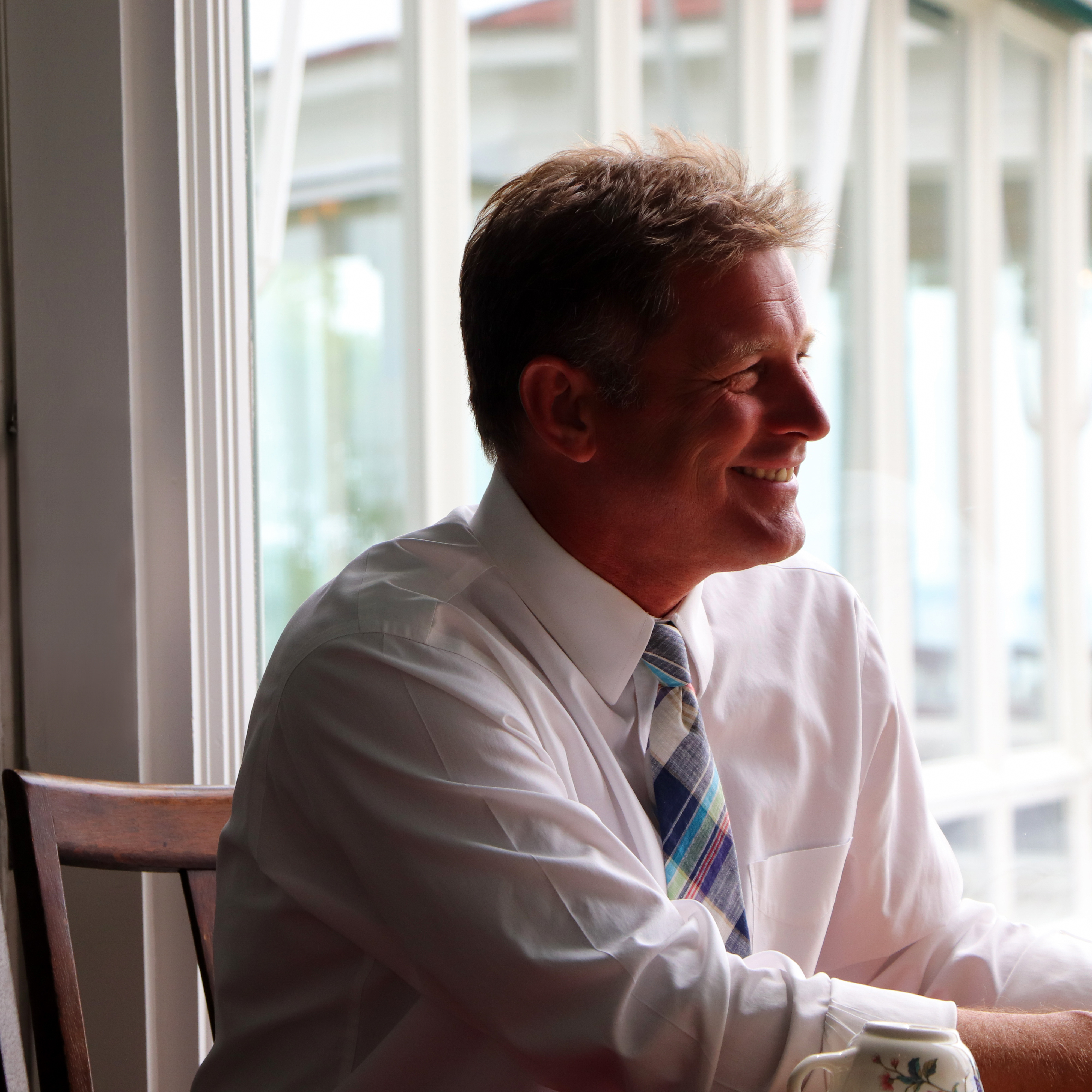 “I received free breakfast and lunch while I was at Consolidated School and free lunch all four years at Kennebunk High School,” John explains. “It was an important part of the family budget.” John’s tone shifted as he recalled what it was like to accept assistance and how difficult it is for families that do not want to be judged. “I went to school with the kids of fishermen who needed the same assistance my mom did. Consolidated School gave us the same tickets to free lunch kids as they did for the kids who paid for it. No one knew we were getting our meals for free and that was big.”

At Good Shepherd Food Bank, most of the people who use the free food we distribute are working multiple jobs, just like John’s mom did. They are not “working the system” or “looking for handouts.” They have hopes and dreams and are working hard to achieve them, they just need a little extra help along the way. John credits the support he received with giving his mom “one less thing to worry about” which put him and his sibling in a better position to succeed.  “If you leave people in crisis mode they will make some of the worst decisions of their lives. If you can to take one thing off a person’s plate, you’ve done a good thing,” he says.

Thanks to John and the chefs he recruited for his Taste of the Kennebunks event during this year’s The Kennebunkport Festival, a lot of Mainers will have one less thing to worry about and a lot more food on their plates. Taste of the Kennebunks raised an incredible $15,000 and when it was time to decide where the money would go, John let his chefs decide. For them, it was an easy decision. They wanted to give to an organization that feeds kids. For John, the choice made perfect sense. “I can see no argument for a kid not to be fed. The idea that kids are hungry is insane to me.”

At Good Shepherd Food Bank, we’re profoundly grateful to people like John Martin who are willing to share how their family benefitted from a food insecurity program. Today, in addition to free breakfast and lunch programs at school, kids in John’s situation can participate in a variety of youth and family programs we’ve developed to make gaining year-round access to healthy food as convenient and discreet as possible.

Thank you, John, for sharing your story with us and the generous donation made possible by the hard work of you and your team. We’ll be using that money to continue the work we do for working families throughout the state – from the old mill towns up north to the glamorous tourist towns in the south. Because when it comes to the challenges of supporting a family in Maine, food insecurity knows no boundaries.