A once quiet epidemic is

Maine is in the midst of a devastating hunger crisis and our fellow citizens are suffering.

Before the COVID-19 pandemic, Maine had higher rates of food insecurity than most states with 167,000 Mainers relying on Good Shepherd Food Bank and our statewide network of partners. Today, that number approaches 182,000 people, at least 50,000 of whom are children.

No community in our state is unaffected. While Cumberland and York counties have the lowest rates of food insecurity, there are more people struggling with hunger in those two counties than anywhere else in the state. Meanwhile, in Washington County, the rate is among the highest in the country.

Look around you: On the school bus up ahead there’s a child heading home hungry to find an empty cupboard. In the supermarket there’s a parent whose grocery budget will run out before the end of the month. In the drugstore line there’s a senior on a fixed income cutting back on their prescriptions so they can buy food. Down the street, there’s a neighbor who was just laid off and wondering how to buy groceries after the house and car payments are made.

From Millinocket to Kennebunk and Bar Harbor to Rumford, hunger is closer than you think.

Donate to the Campaign

This is our campaign purpose:

By 2025, all Mainers facing hunger will have access to the nutritious food they need to thrive, when and where they need it. Working with food donors, philanthropic supporters, and local partners across the state, we will help stabilize the lives of the people we serve, reduce the impact of hunger in our state, and make Maine a stronger, more resilient place to work and live.

To achieve those aspirations, we have set a bold goal to raise $250 million in an unprecedented statewide campaign.

We will raise at least $150 million in large-scale food donations from food retailers, manufacturers, producers, and Maine farmers, and we will attract $100 million in private donations from individuals, businesses, and philanthropic foundations.

Since the quiet phase of our campaign began we’ve raised more than half of the $250 million goal. Our campaign is led by Hannaford Supermarkets, which projects it will contribute a total of $120M in food and funds before the end of the campaign. In addition, national philanthropist MacKenzie Scott has made a transformational gift that will accelerate and amplify the impact of our campaign. But ending hunger is a team effort. The success of our campaign will continue to rely on thousands of donations of all sizes from concerned and supportive individuals, corporations, and foundations.

Every Mainer has a role to play in the fight
against hunger, from personal donations of time
or funds to becoming an active community
member. To address the barriers that perpetuate
food insecurity, we must work together to start
normalizing conversations about hunger in our
state and commit to ending hunger. Today. 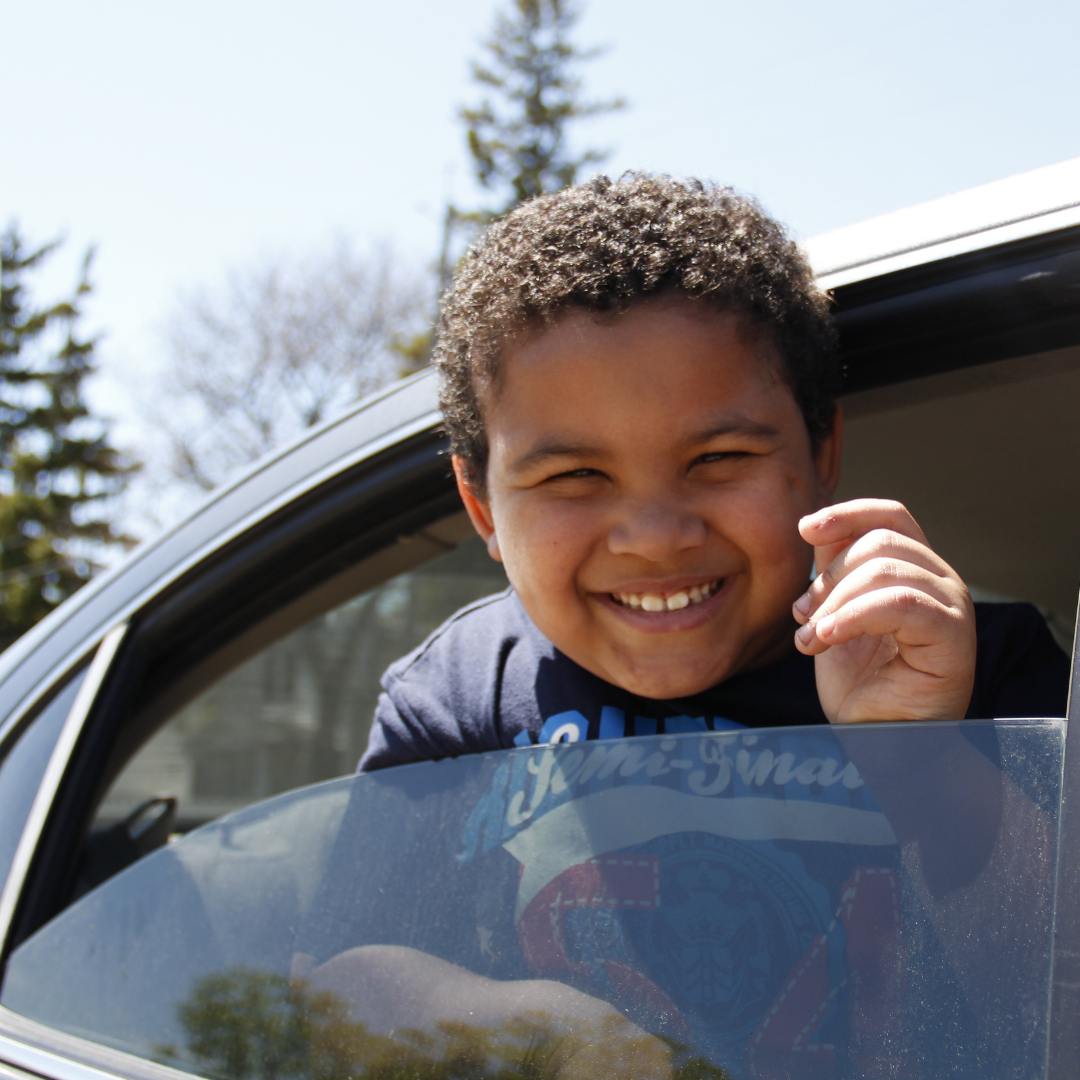 As we work together to close Maine’s meal gap, we pledge to each investor in our campaign that we will use every dollar wisely and efficiently. In stewarding each gift we will:

Across all of its strategies, the Food Bank will focus on equity for communities of color, which are disproportionately affected by hunger, and inclusion of community members who have lived experience with hunger.

Read about our latest campaign progress. 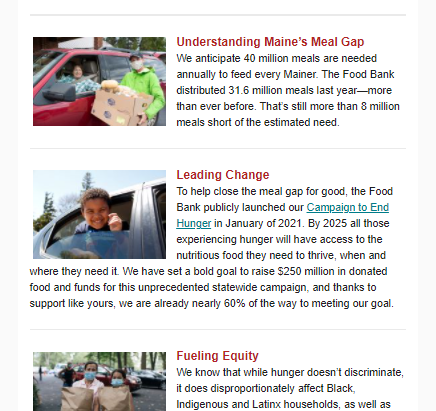 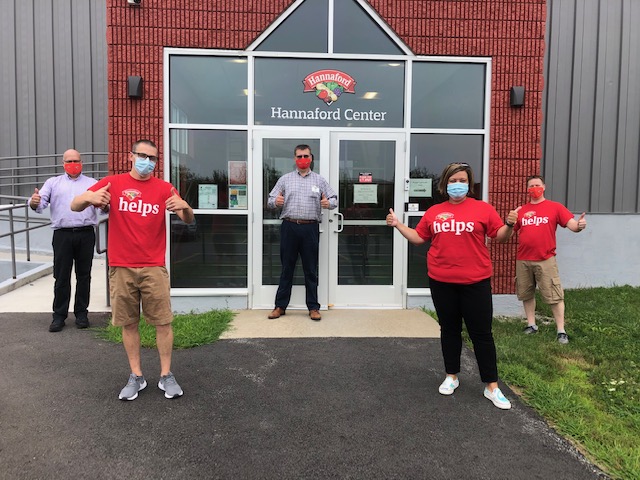